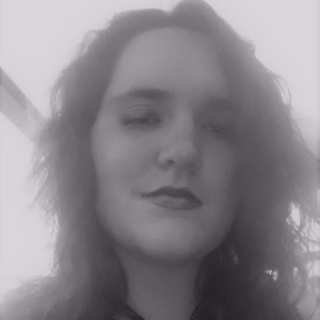 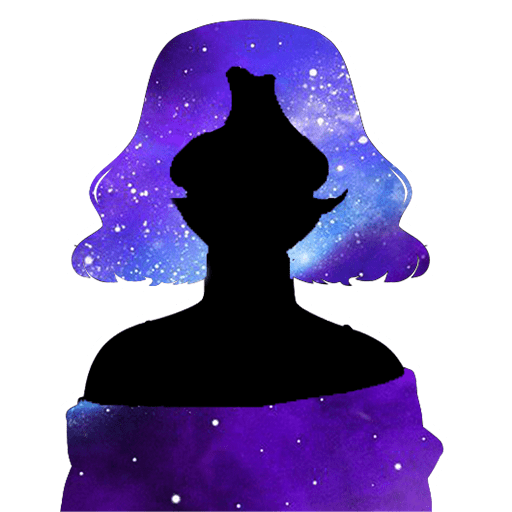 I am made of
infallible architecture.

Pillars, rattling like cartoonish teeth.
The keystone shudders in its tenacious angles.
July horizons crack through cement with a smirk.

This is a funny way
to say, Your ghosts are screaming
but intact.

over longevity. My moon is made

of empty porcelain. This is a debt

larger than my howling waist,

the circumference of the future.

Today, I walk a starved martyr –

cross myself with rusted knives

and preach of deprivation.

Tonight, when the chains break

the corpses of utensils will litter

my pupils from a scolding dawn

and I’ll remember the fall:

plump myself on Angostura bitters

and wait for the fire ants

to carry me off in little crumbs.

In their hungry mazes, I am home.

Honey, there’s nothing for you out there. They’ll take your eyes for caviar and sockets as spoons; plant escargot beneath your keratin and sails in your tongue. The passengers paid for sights, not Psalms – waves, not songs. Here, there are a thousand glistening tickets, a dozen beautiful boats, but only one bottle of champagne left bubbling.

Later, the orthodontist pries into the tectonics of your jaw.

They question your dental metrics,

Speak about your health in shades of pink

And recalibrate your oral Richter with light.

An automaton with a different accent

Reminds you to float in butter as one does

The orthopedist churns your jungles of jelly

Into Psalms of physiology and balance –

The abdomen is overflowing with red vines and abundance.

You forget to mention the screaming ghosts

Of scarlet jaguars languishing near your naval.

Water levels measured by clouds in a cup.

Could you name me by my atmosphere –

The dying tongues and bushels of memories

That occupy these skies – instead of your numbers?

There’s a tilt in the axis, claims the podiatrist

And a ringing in the lithosphere

I’ll ring you up for those inserts.

Hope that helps the head a little.

in these abdominal trenches

Ignore the scales until Sunday.

Fill the beds in amber and aloe

until they secede to the Ice Age.

until the meteor is obscured

in the soft clay of your earth

and the dust free of parabens

thrust the waist tapes to space until

the world is lush with Mammalia –

There is nothing normal about this process –

no breaching Lochness swallowing the weather

and spitting out numbers that tell us how the rain

no tangles or tongues assigning the samples

levels of importance and possibility,

from the top percentiles, hoping he could

shoot smiles into the eyes of the dead –

a topaz back to the crown of Cassiopeia.

I’m as greedy for sweet gravity as she was

her own body, a sisterly autocannibalism.

for sugar made of glass

and neutrals packed with sand,

I could squeeze all the rancid starstuff

from my own planet onto Nessie’s bloody scales –

and still be Platinum status at Ulta

Sephora coupons traipsing through my mailbox

Recently, I’ve struggled to return to readings. I peruse the newest offerings for Prairie Lights Live, hoping for that fire to engulf my attention like a new FromSoftware-esque cycle.  There’s a nap and my son waiting for me at home. However, how could I turn down an evening with the creative director over at Sledgehammer?

I know my focus here has been on poetry and literature, but that really is only half of the story: when I’m analyzing data at my desk, I’m almost certainly listening to a podcast on gaming news or design. When I’m walking my westie, my tempo is set to remixes of the Bloodborne soundtrack. Unlocking my home or office includes the incandescent glimmer of my key ring Hunter’s Mark in the light. It’s such a different, but equally valuable, form of artistic influence. No collection of poetry has left me more environmentally conscious than Horizon: Zero Dawn. I am hard-pressed to consider what better encompasses mental illness than games like the haunting award-winning audio of the pseudo triple-AAA breakout Hellblade: Senua’s Sacrifice (which, by the way, deeply earned its wins for “Games for Change” and “Best Voice Actor”). Dark Souls has reignited my appreciation of high fantasy that was sapped away by cliched pages years ago. Books and games deliver what the other lacks and carry a purpose the other simply cannot handle in the mere nature of their presentation.

Thus, you must imagine the thrill when these two worlds blend – to hear fiction from the man who bridges these separate continents, wrote for Blizzard, EA, and beyond, and crafted the world of Overwatch. Even better, he explains his own experiences with psychology and morphs them into the main character.

This is one of the more well-received readings I’ve attended. However, the room was packed with animators and computer designers in graphic tees and casual overtones (I, along with one other person of the 20 or so attendees, was the only audience member not currently enrolled in a technological field). He read with confidence before he discussed his artistic overlap of literature and games. World-building was a topic of focus, how essential it is in game and fiction writing. He’s even carried over Easter eggs into writing (which elicited a couple chuckles). When asked which story was his favorite, he expressed his love of writing about the World of Warcraft dwarves. In his mind, they lacked a true saga, so he decided to tackle this and give these characters what they deserve. Though I am not familiar with this series, others nodded their heads in agreement. The major characters, such as Arthas, may have truly noble stories in place, but he definitely had a soft spot for the hidden heroes. Another interesting point he posited is how the vision in video games is, essentially, controlled by the player – he recounted stories told to him by fans that neither he nor the other developers ever thought would come from the scenes they so meticulously crafted. This rings deeply of Dark Souls for me, where the wonderful lore is woven in places as subtle as flavor text or item descriptions, or the placement of items in the world. You could absolutely play it mindlessly and never even once think of the story – this happened for my initial playthrough of Bloodborne. The first run was a vacuous display of aggression, while the ending to my next profile left me gasping. Overall, I’m excited to see how a gamer weaves his words and plays these niche details on the page.

While signing, he was extremely amicable, listening to the dreams of the aspiring developers and designers play out before him. I only wished I could be a true cog of this industry. Waiting in line, watching the data scientists and artists animate their hopes before him, a waterfall of doubt consumed me when I’ve always been so sure of my career path. I introduced myself as a misplaced neuroscientist who hopes to find their place in this world of programming and imagination. He assured me, there is no one way into video games anymore. He encouraged, it is the passion that determines this more than anything. I believed this after his displays of love for his own children of creativity, and I too believe I can pursue all of my occupational kin equally. Lastly, we were all drunk off the excitement of his announcement – that he may be eyeing the Midwest, particularly Iowa City, as the home of his next business endeavor. Here, we chimed, he will find an enthusiastic pool of gamers from all facets of life.

If you are ever in Iowa City, I beg you to pick up a drink over at Pullman’s – sipping on my own rendition of their powerful Bee’s Knees sweet gin cocktail, I’ve read the first few chapters of this book. The writing is as captivating and smooth as the character’s tactful reading of patterns. It bears just enough reality in a world of advanced technology and old fantasy to relate with the outcasts. For weeks, it topped Amazon’s techno-fantasy search, garnering a 4.5 rating on Goodreads. I do not know what carries more worth: the experience of this gathering, the book itself, or the inscription that pushes me more towards a different path every day – “Jenna ~ The world of games awaits you!”

As of yet, I am still homeless in terms of laboratories and a bit astray in science and writing alike. Perhaps I can entertain you, instead, with pictures of my new son, Larry F. Kelly. I’ve now had him for approximately two months. He is estimated at three years and is thought to be a westie mix. Unfortunately, he had a background of turmoil, so he’s very slow to warm people (or anything with a pulse) – but you can earn his trust with enough string cheese and time!

I’ve seen the classic pet debate in grad school…I’d say, go for it, if your schedule allows. It’s a lot harder to hate yourself after a string of failures when there’s always something endlessly excited at your mere existence. 🙂 He’s replaced the mental altar of self-doubt.

Come, I’ll clean my teeth with you

and stain the furniture with echoing pulse.

I didn’t want to diagnose us

a waterfall of butter and melted wires

waves of licorice pulsing off the cliffs

arching your shoulders to carry the moon

a platter of metal and earth

but here we are

and I’ve crafted a bar cart of your limbs.

In the dialect of sapphire blinks

he said he could chisel slippers from the cold eclipse.

I reminded him to pluck the jewels from Orion

when he’s not looking and they’re left to curdle

in the jokes of Mercury, ripened and illustrious.

Black is flattering to my hips, but so are jewel tones.

I’m a winter in that sense, yet still so ignorant

in the fashion of tactile sensation and emotion.

Perhaps a sheer hare would do well for my calves.

A fox, rampant with flame and stoked with coffin velvet,

or a woodpecker with a wildfire in its laughter.

I look the best in demise and mourning –

these predators like a girl sadder than the dying moon.

But his tongue is softer, is warmer, than that. He says

this is all just beautiful, and so are you. I wear the furs

of a horror game sunset and call it a day.

A Geek Girl’s Guide is one geek’s corner of the internet, where she shares her love of her favorite geeky things.

On becoming normal when life with MS is a beautiful mess

An Historian About Town

History in the Making

A bit of poetry with a touch of the sciences.